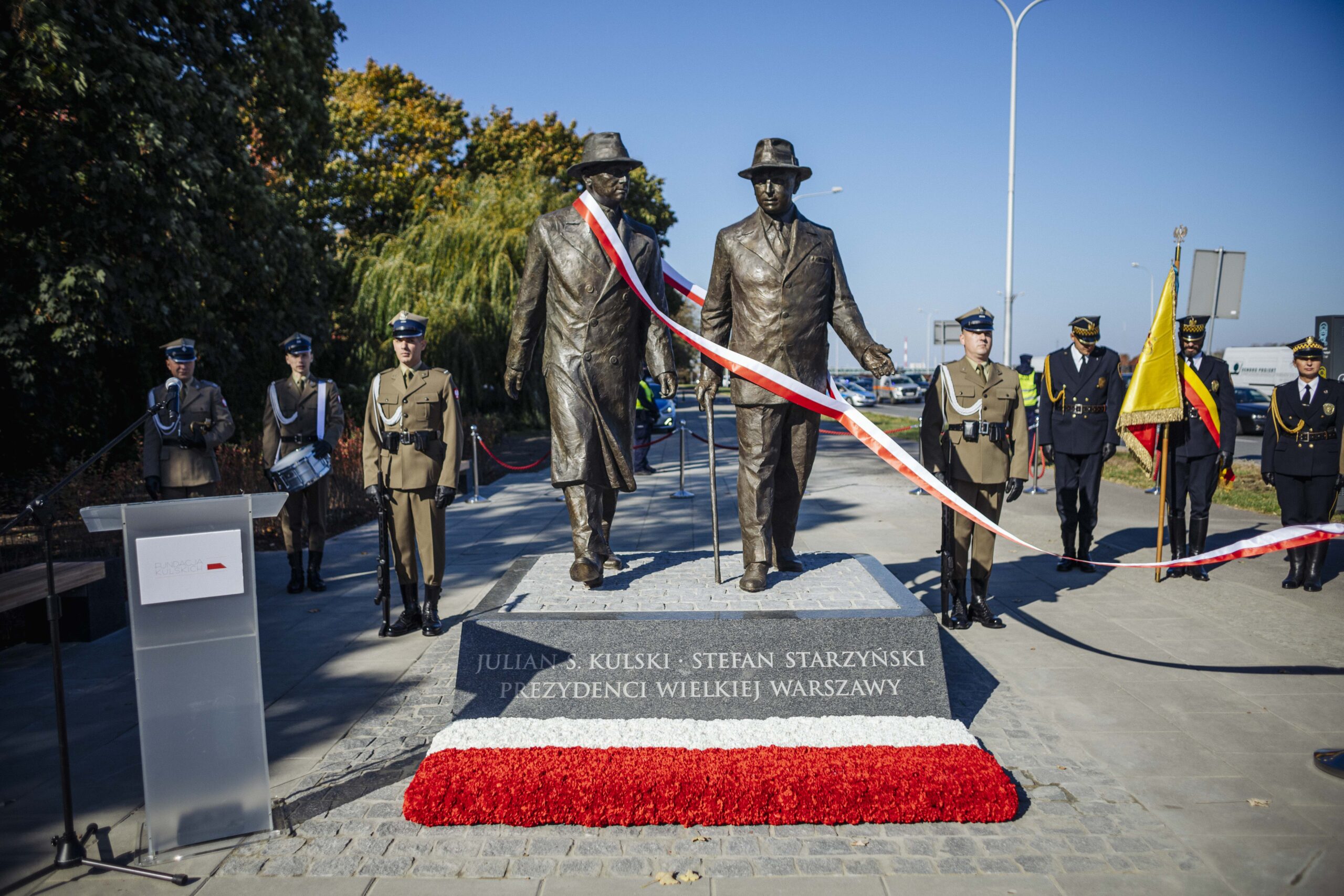 Unveiling of the Monument to the Presidents of Greater Warsaw

The Kulski Foundation for Polish-American relations (2019)

The ceremonial unveiling of the monument to the Presidents of Greater Warsaw with the participation of state authorities, promoting knowledge about historical figures - Stefan Starzyński and Julian Spitosław Kulski; drawing public attention to the merits of the Presidents of Greater Warsaw for the benefit of the civilian population during World War II and to the contribution to the development of the capital's infrastructure in the interwar period.

Scope of works (or issues to be solved)

The unveiling of the monument to the Presidents of Greater Warsaw (09.10.2021) was the culmination of several years of work by the Kulski Foundation and Vision Group, aimed at building a monument commemorating two figures of merit for the development of the Polish capital – the city’s mayors: Stefan Starzyński and Julian Spitosław Kulski.
Vision Group was responsible for developing the public relations and public affairs strategy and the concept of the event, including the entire preparation process: venue, program and organization of the ceremony, organization of the foundation act, inviting guests, including representatives of public administration, preparation of graphic materials, contacts with partners and sponsors, coordination of cooperation regarding military honorary assistance as well as media and social media coverage of the event.

• the event was attended by over 200 people, including representatives of the Chancellery of the Prime Minister of the Republic of Poland, the Ministry of Culture, National Heritage and Sport, ambassadors and representatives of diplomatic missions (e.g. Ukraine, Italy, Albania, Moldova, Croatia), representatives of the City Hall of the capital city of Warsaw and the city council, business, politics and media, as well as Warsaw insurgents, veterans and residents of the capital;
• cooperation with the Chancellery of the Prime Minister and the Ministry of Culture, National Heritage and Sport – during the ceremony, a letter from Prime Minister Mateusz Morawiecki was read out by Minister Jan Dziedziczak – secretary of state at the Chancellery of the Prime Minister and a letter from Deputy Prime Minister, Minister of Culture, National Heritage and Sport Piotr Gliński read by Kacper Sakowicz – the head of the minister’s political cabinet;
• cooperation with the Office of the Capital City of Warsaw – during the event, on behalf of the Mayor of the Capital City of Warsaw Of Warsaw by Rafał Trzaskowski, speech was delivered by Włodzimierz Karpiński – secretary of the city;
• cooperation with the Ministry of National Defense, thanks to which the ceremony of unveiling the monument was framed by a military honorary assistance;
• raising public awareness of the achievements of the Presidents of Greater Warsaw – Stefan Starzyński and Julian Spitosław Kulski, and their contribution to the civilian population during World War II, and their contribution to the development of the capital’s infrastructure in the interwar period;
• organizing announcements of the event in traditional media and social media as well as numerous publications after the unveiling of the monument;
• preparing and conducting an online broadcast of the event on the Facebook social network, watched by hundreds of viewers around the world.